Regular carpet care as part of a larger subscription cleaning service aids in the removal of dangerous germs, bacteria, chemicals, and other microbes that are trafficked into a facility on the bottom of occupant shoes. 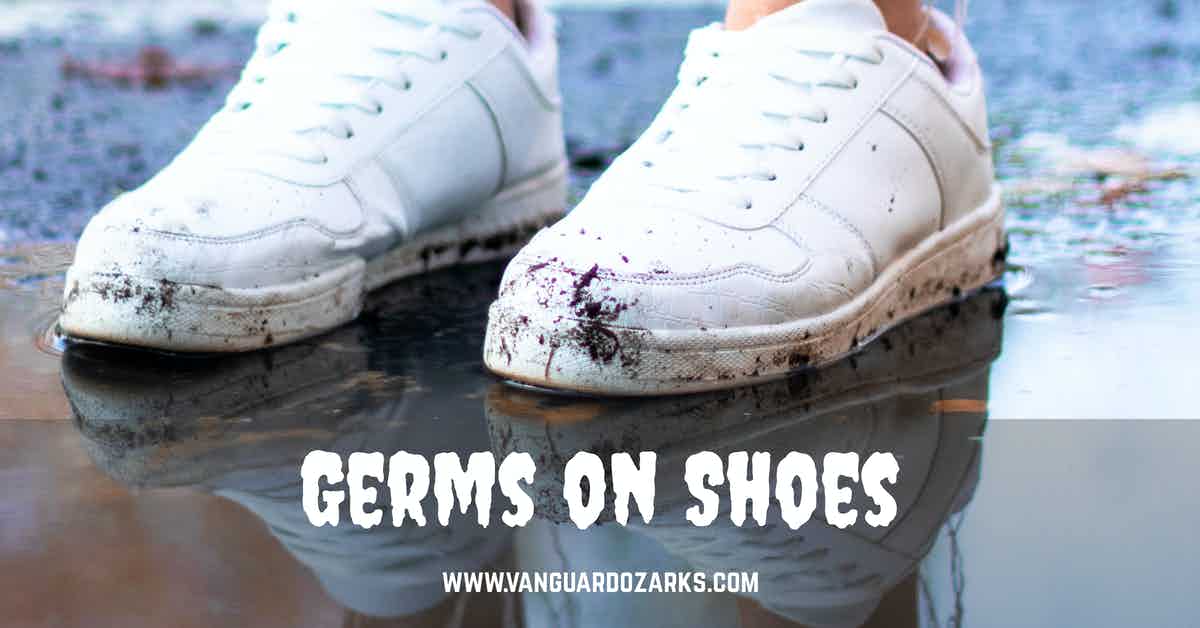 Shoes are designed to protect the wearer's feet from trauma and provide a barrier between our skin and the filth commonly found on the ground.

However, in the process, shoes also collect and retain a significant amount of soil, bacteria, germs, and various toxic chemicals.

Those unwanted microbes and particles are then tracked into a facility where they are either spread around in the air passing from person to person, potentially landing on various high-touch surfaces, or deposited onto the floor, waiting for someone to knock them back up into the air or, as is the all too common case with toddlers, touch them and then put their hands in their mouth.

What's on the Bottom of Your Shoes

Most people are likely aware that the bottom of their shoes are probably a little gross.

How gross may concern you.

According to a study conducted by University of Arizona researchers that analyzed the microbes collected on 26 pairs of shoes over the course of three months:

Among the more dangerous forms of bacteria found, researchers reported: 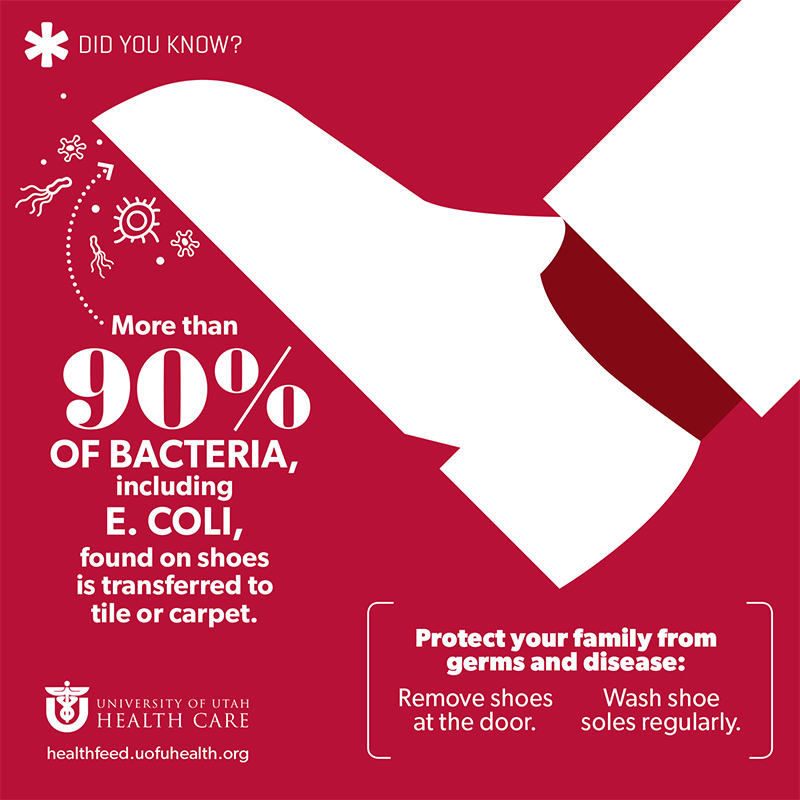 Another similar test conducted by Good Morning America, which examined the bottom of 8 pairs of shoes and 2 sets of dog paws, found that:

[Good Morning Americas] test results were "dirtier than a toilet seat," said Jonathan Sexton, a research assistant at the University of Arizona's College of Public Health.

Toilet seats generally have 1,000 bacteria or less, and these are in the millions so there's a lot more bacteria here.

How dirty are your shoes?

According to Dr. Charles Gerba of the University of Arizona;

If you wear shoes for more than a month, 93 percent will have fecal bacteria on the bottom of them.

Shoes make microorganisms fairly mobile, and you’re tracking that all around.

The gross reason why you shouldn't wear shoes in the house

Dr. Gerba attributed much of the bacteria found on shoes to pet waste found on the ground and toilet water on public restroom floors.

Preventing Germs on Floors Through Regular Cleaning and Maintenance

Preventing the spread of germs inside of facilities brought in on occupant shoes requires a series of ongoing cleaning and protective strategies, including:

A troubling number of germs and bacteria, many of them fecal-related, are picked up on our shoes and deposited on the floors in public facilities and private residences, leading to a host of preventable illnesses, most commonly among children.

Unfortunately, those germs and bacteria don't remain on the floor waiting for someone to sweep them up.

They are easily disturbed and knocked into the air, spreading to other locations, including high-contact surfaces throughout the facility.

Regularly servicing facility floors, combined with the placement and maintenance of high-performance entry and walkway matting, all part of an advanced subscription cleaning service focused on occupant health, is a proven method for addressing these challenges.

Outsourcing to an experienced provider is a proven method for onboarding critical carpet and floor care services as part of a greater facility cleaning subscription service at a fraction of the cost of maintaining a similar service in-house.